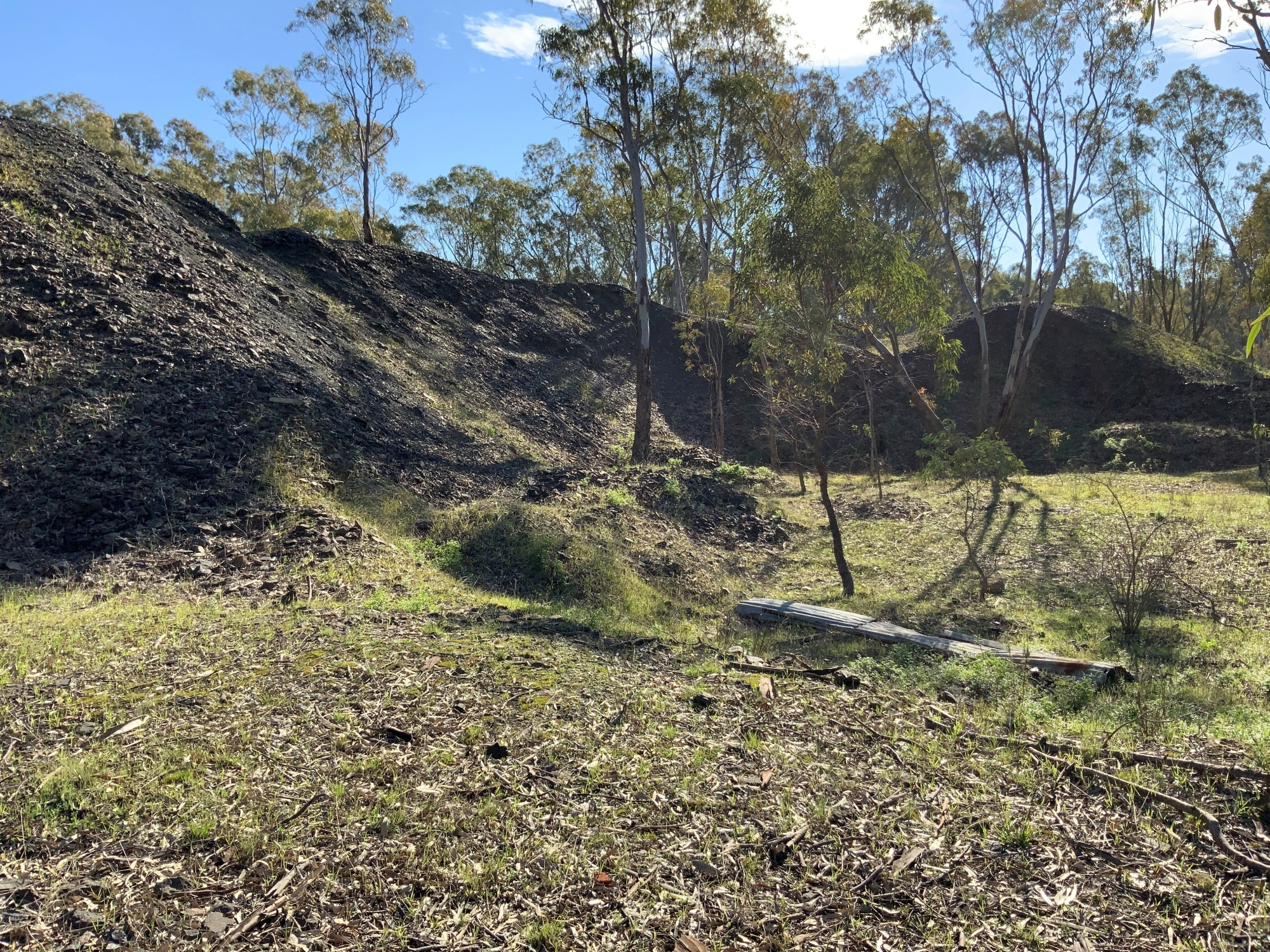 Had a bit of a trip out today, initially to Heathcote, and then through to Costerfield.

Costerfield is a very small township, but also the site of an operating gold-antimony mine, run by Mandalay Resources. The township is a little north of the current mine, and the site of historical workings.

I had a look around the old mullock heaps and was still able to find some evidence of stibnite (an antimony sulphide mineral) as well as pyrite, quartz, possible arsenopyrite, and siderite.

I also found some slag, so there must have been smelting operations there at some point. One piece of slag shows some crystals in a cavity (probably gypsum) and I hope to find more when I break it open sometime later this week.

Oh. And it was a nice sunny day, around 17 degrees. Very pleasant. 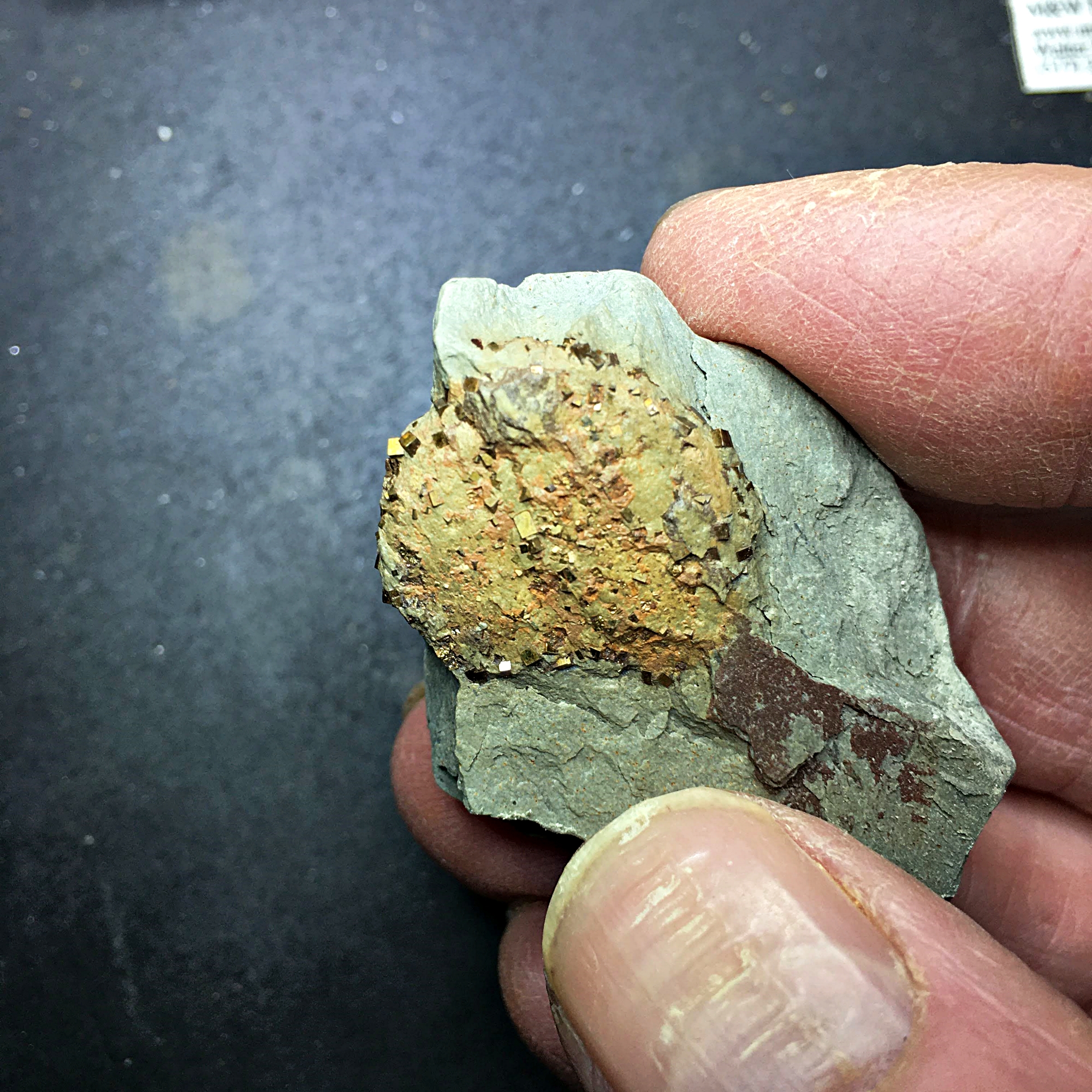 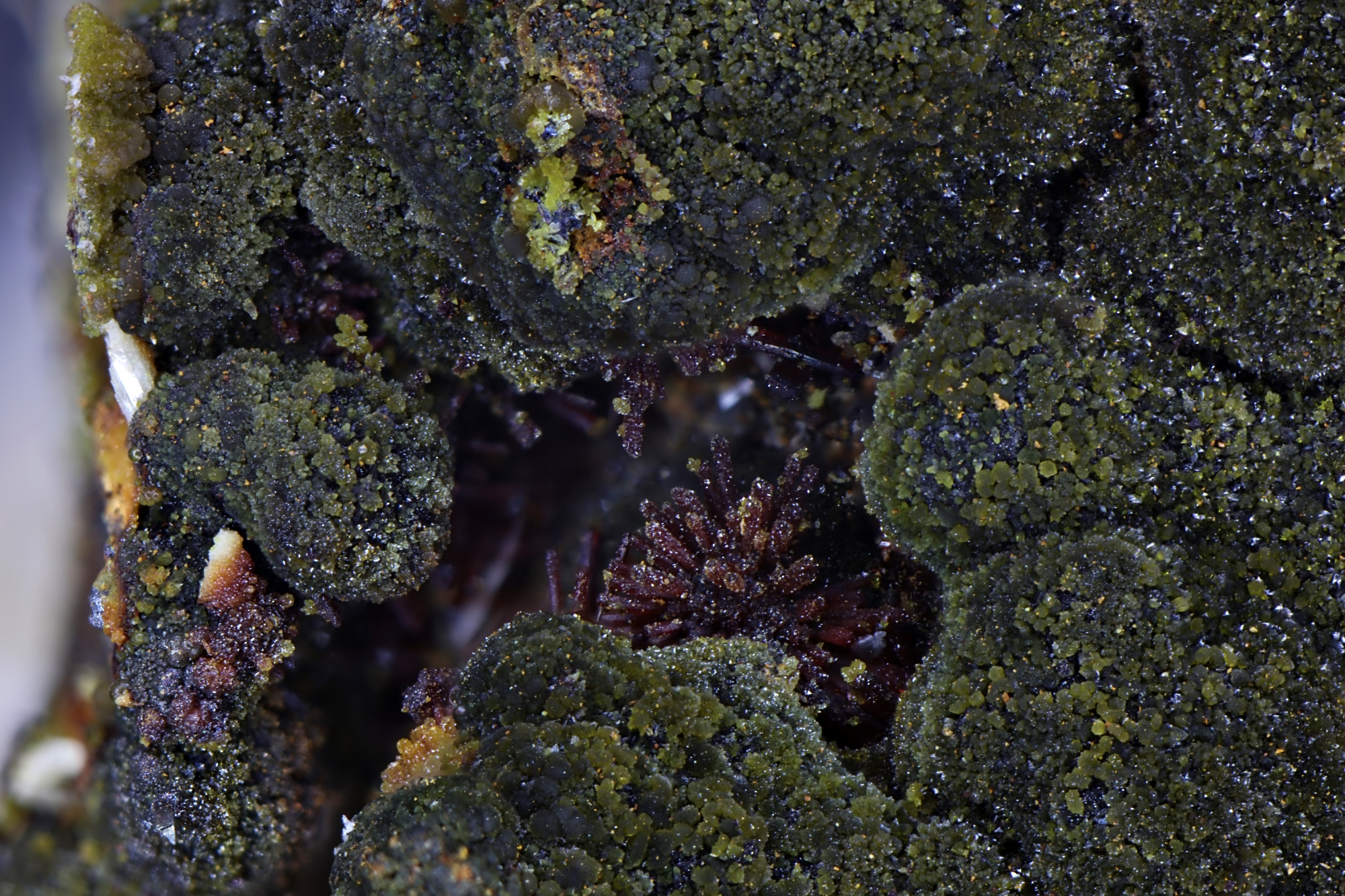 Mineral of the Week – Alunite Group 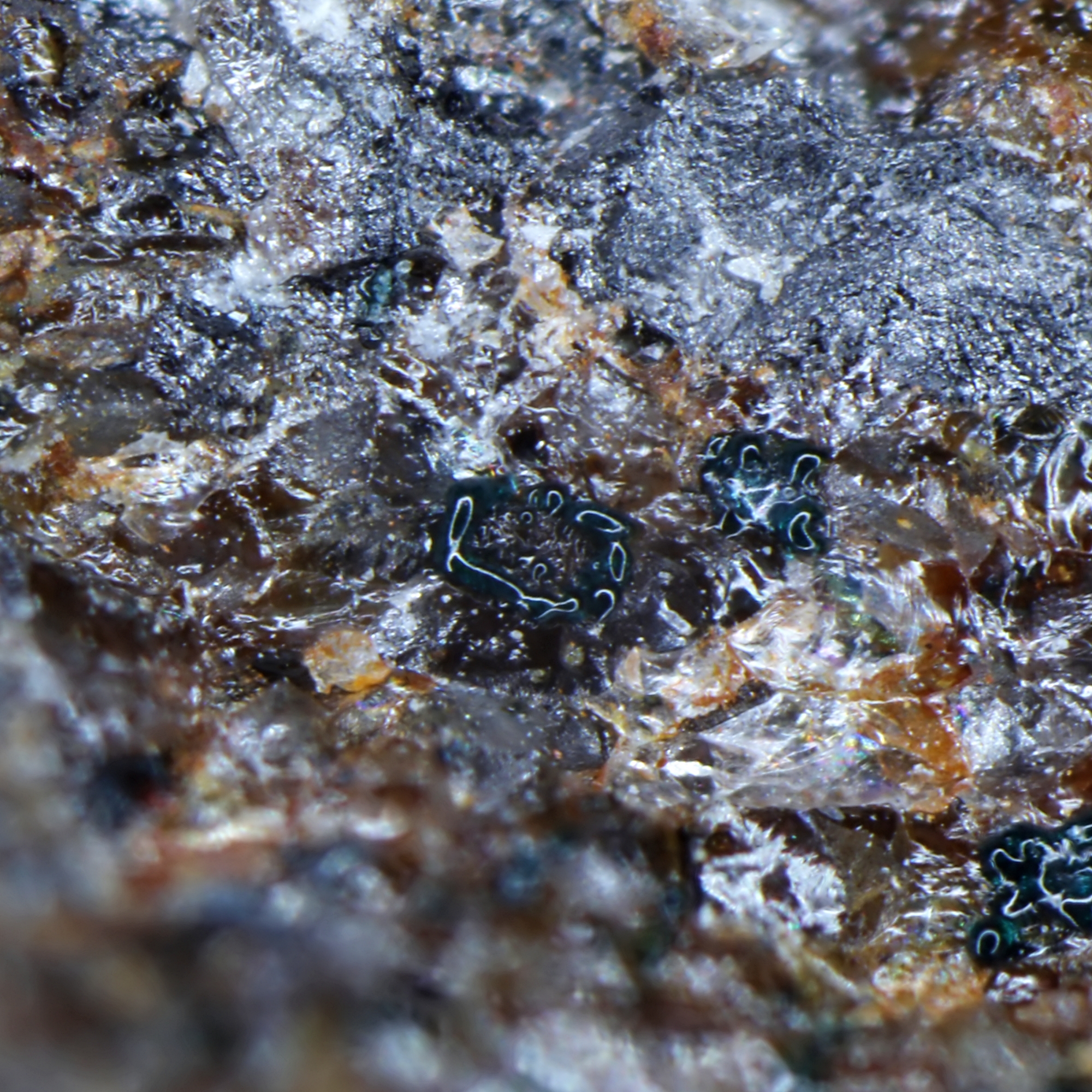